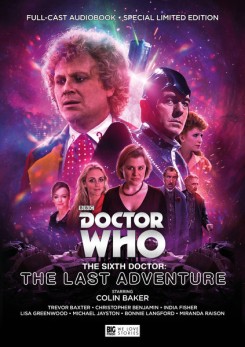 I’ve always thought of the Sixth Doctor as “my Doctor.” My introduction to Whodom was the original broadcast of “The Five Doctor,” so I was immediately introduced to the first five (more or less) incarnations of the Doctor and the concept of regeneration. My PBS station at that time was in the middle of a run of Tom Baker stories, so after “The Five Doctors” they jumped back into the next Tom (which, for the record, was “The Masque of Mandragora”). From there I watched the rest of Tom and all of Peter Davison as the station broadcast them. I saw Tom regenerate into Peter, and that was thrilling, but since I’d already seen Peter in action, it didn’t have the big impact it could have. The first new regeneration I ever experience was Peter into Colin Baker. The Sixth Doctor was loud, bold, brash, irreverent, all qualities I enjoyed.

To say that Colin had a tumultuous and divisive tenure on the show is to understate grossly. In truth, either you love him or you hate him. Personally, I love him. I always thought it was a great shame that he wasn’t given more time to round out and develop his character. He clearly mellowed out from his first season to his second, proving to be less abrasive and far more chummy with Peri. And “Terror of the Vervoids” hints that had they continued on together, Mel and Sixie would have made a splendid team. Sadly, they weren’t given that chance.

Colin always jokingly says that since he never filmed a regeneration scene, he is still the Doctor and all those who follow — Sylvester, Paul, Christopher, etc. — are imposters. With the release of The Last Adventure from Big Finish, he can no longer make that claim, as he has recorded what is definitively the end of the Sixth Doctor (not that it’s Colin Baker’s end as Sixie, just that chronologically this is where the character ends).

The Last Adventure is a set of four connected hour-long stories, each with a different companion, so they take place across the Sixth Doctor’s history. It’s a tragedy that the lovely Maggie Stables is no longer with us to reprise her wonderful character of Evelyn Smyth for this special occasion, and her presence is most definitely missed. But we do get the Doctor’s last television companion Mel, the sassy Flip, the inimitable Jago and 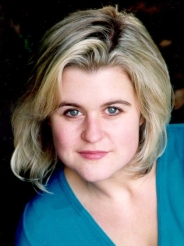 Litefoot, Big Finish stalwart Charlotte “Charley” Pollard, and from Sixie’s future, Constance Clarke (this is Contance’s first appearance, but she gets properly introduced in a later Sixth Doctor story). For villains we get a new appearance by the Master as well as a final showdown with the Valeyard. Sounds pretty grand and epic, doesn’t it??

For the most part, it is. The first two stories seem a tad weak on first listen, and as standalone stories might have not fared as strongly. But the presence of the Valeyard gives a strong narrative thread throughout. The first story, the portentously titled “The End of the Line”, is wonderfully moody with a great cast. It’s railway setting lends an old-world charm to the adventure, and the “lost in the fog” angle comes across very vividly even in audio format. The second entry, “The Red House”, is a bit less successful. It’s a werewolf story with a twist. It’s the final two chapters where things really start cooking, though. “Stage Fright” features the always-fun Flip, as she and the Doctor encounter Jago and Litefoot. At first the premise is a little bit odd, and doesn’t seem like a caper the Valeyard would get up to, but as it plays it, the theatre setting and the nature of the drama being staged — a really clever stroke — makes for a thoroughly enjoyable tale. Lisa Greenwood gives her usual upbeat performance as Flip, and has some really great dialogue moments (like when she compares the great houses of Gallifrey to Ravenclaw and Gryffindor!). The final chapter, “The Brink of Death”, ties in elements from all the previous stories. The Doctor is being erased from time and the Valeyard has

assumed his place. He is traveling with Mel, who sadly seems a bit sidelined in this story (maybe Bonnie Langford‘s availability was limited). The Doctor, fighting against erasure, partners up with a Time Lady called Bella, and the pair form a great double act. Colin Baker’s turns in a gripping performance, as usual, very fitting for his last hurrah. The story gives the Doctor the heroic end that the character deserves, and Colin is given some glorious dialogue to work with.

I strongly recommend “The Last Adventure”; it’s a must-hear for any Sixth Doctor fan and gives his Doctor a nearly-epic send off and a great lead in to the first Seventh Doctor adventure, “Time and the Rani.” You can order it from Big Finish here either in CD format (the packaging is really gorgeous) or digital download. 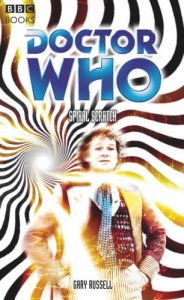 But as I hinted in the title, this isn’t the first time the Sixth Doctor has been given the epic heave-ho. Way back in 2005, Gary Russell wrote a novel called Spiral Scratch, which does the same trick in a vastly different way. The story jumps through a number of alternate timelines, including an Earth in which the Roman Empire never fell (Colin finally gets his all-black outfit for the Doctor) and one in which Mel is half-Silurian. It’s a brilliant novel that’s a fast-paced whirlwind of a story that gives us our first “official” regeneration for the Sixth Doctor, leading directly into the beginning of “Time and the Rani.”

Both releases are extremely good and well-worth the investment of any Doctor Who and Sixth Doctor fan. Spiral Scratch is, unfortunately, out of print and goes for a rather pricey setback on Amazon ($56 is the best I see at the time of this writing), but if you can find a copy somewhere for less, definitely pick it up. It’s one of the most enjoyable Doctor Who novels I’ve ever read.