And no, that’s not intended to be snark. It really was interesting. It has certainly sparked a lot of discussion and debate around ye ol’ internet. But there’s a huge difference between debating deep meaning or interesting philosophical points and debating because no one quite can figure out what the hell is going on.

So let’s dive in. The episode, overall, I found quite enjoyable. That’s in spite of the fact that the setting and the tone may have been a bit too similar to “Under the Lake” to have come only a few episodes later, but in many ways the cast of guest characters we find here are even less defined than 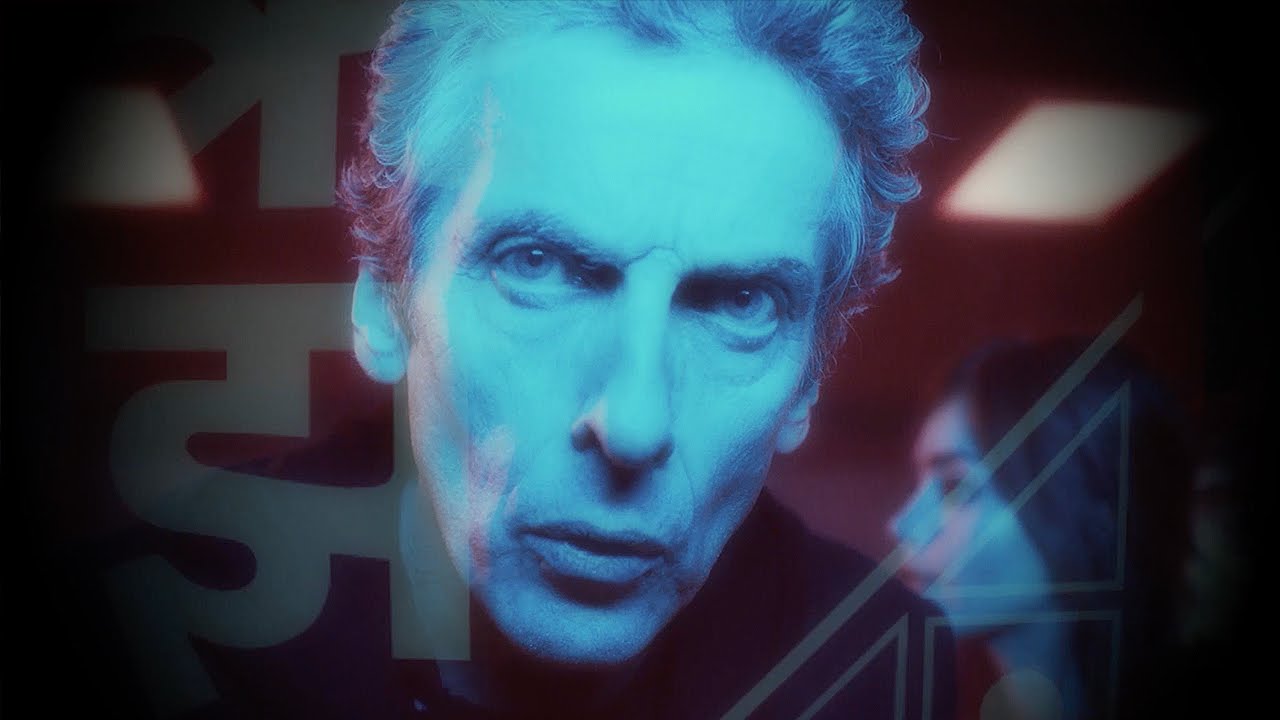 in that earlier story. The only character we really get any sense of is Chopra. The others could have been pretty much anybody. The idea of the Grunt was an interesting one, with moral implications worthy of exploring and debating. But his (it’s?) presence was almost inconsequential here. While too similar to “Under the Lake,” I also found it too similar to “42” from a few seasons ago, especially in the scene where the station computer insisted on Deep-Ando singing “the song” before it would open the door for him. Whether intentional or not, that is far too specific an echo of the doors in “42” having to be opened by solving a series of Trivial Pursuit questions. Rasmussen’s uniform seemed like a copy of the ones from “The Mutants” (1972, Third Doctor). And we’ll get to Rasmussen himself later.

Otherwise, the dust monsters/sleep monsters/sandmen were very creepy and a pretty effective menace. The direction in the first half or so of the episode is brilliant, keeping the sandmen out of shot except for ony the briefest of glimpses, so that you never quite get a good look at them (like something in the corner of your eye). And when you do get a good look at them, they look amazing, and do look rather nightmarish.

The basic concept at work here — that humans need natural sleep, and monkeying around with that breeds monsters — is actually quite a nifty basis for a story. It takes a natural biological function and gives it consequences; it provides the “science mucking about with nature” angle, it takes that shared human condition of sleeping and dreaming and turns it ugly. So far so good. The resolution of the storyline is a bit confusing;

Rasmussen’s role in the whole thing not clearly defined. The dust consumes host bodies — but no, its the signal imbedded in the video that does that apparently.

Except for two, I’ve not been a very big fan of Mark Gatiss‘s episodes. This one falls somewhere in the middle. It had some really good moments, a good concept for its monster, but a confusing delivery. And I don’t mean the ‘found footage’ aspect, that I enjoyed a great deal. I don’t dislike this episode at all. But do I like it? I haven’t decided yet. I will say that I very much enjoyed it experientially; I enjoyed being creeped out by the monsters, I enjoyed trying to solve the mystery as the Doctor does, I enjoyed watching Rasmussen’s change throughout the episode.

Oh yes, Rasmussen. He’s another confusing thing about this episode. His change, his motivations, the reveal at the end of his relationship to the monsters and his reasons for what he’s doing . . . he’s Harrison Chase from “The Seeds of Doom” (1976, Fourth Doctor). He’s every stereotypical Classic Who villain made modern. And maybe that’s my problem with Gatiss’s scripts: He tries to be modern, but he’s too stuck in the past. Because of that he writes episodes that try to be both things, try to

appeal to both audiences, and they usually fail to connect with either. My two exceptions are “The Unquiet Dead”, which I thought was a solid episode and very definitely had a Classic tone to it, and “Cold War”, which so far is the most successful example of a Classic-style story being written as a modern episode. But the others, and especially this one, are a jumble of Classic stylings with a modern tone and setting, and they always somehow miss the mark a bit.

One thing is for sure: There’s something going on with Clara. The Doctor made some comment about her being dead in this episode, and he faltered when he said it. At the end of “The Zygon Inversion” he said that thinking she was dead was the longest five months of his life (or something along those lines). She said “It couldn’t have been more than a few minutes” and he replied “I’ll be the judge of time” with sort of a guilty, sorrowful look on his face. Something is going on. We’ll find out very soon, I think!

Next week: Sarah Dollard’s “Face the Raven” — on my birthday! It had better not suck!

One thought on “Doctor Who: Reflections on Series 9: “Sleep No More””